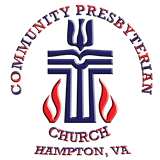 Presbyterians distinguish themselves from other denominations by doctrine, institutional organization (or “church order”) and worship; often using a “Book of Order” to regulate common practice and order. The origins of the Presbyterian churches were in Calvinism. Many branches of Presbyterianism are remnants of previous splits from larger groups. Some of the splits have been due to doctrinal controversy, while some have been caused by disagreement concerning the degree to which those ordained to church office should be required to agree with the Westminster Confession of Faith, which historically serves as an important confessional document – second only to the Bible, yet directing particularities in the standardization and translation of the Bible – in Presbyterian churches.

Presbyterians place great importance upon education and lifelong learning. Continuous study of the scriptures, theological writings, and understanding and interpretation of church doctrine are embodied in several statements of faith and catechisms formally adopted by various branches of the church, often referred to as ‘subordinate standards’. It is generally considered that the point of such learning is to enable one to put one’s faith into practice; some Presbyterians generally exhibit their faith in action as well as words, by generosity, hospitality, and the constant pursuit of social justice and reform, as well as proclaiming the gospel of Christ. 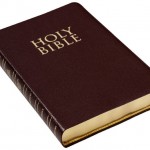